The Growth Marketing Behind Stripe’s Success 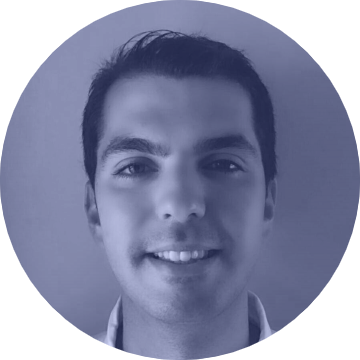 Stripe, one of the fastest-growing Fintech companies in the world, has positioned its growth on the demand for more flexible payment options. In this blog, we’ll take up how Stripe has established itself as the drug of choice for accepting online payments and the growth marketing strategy behind it.

The Irish Village Entrepreneurs: Once Upon a Time in Dromineer…

Imagine an idyllic Irish village, nestled on a lakeshore, home to lovely pubs and beneath towering medieval castles. This very village of Dromineer, with barely 100 residents, where even tourists stop for only a quick pint on their trip, brought up the heroes of the Irish fairy tale: Patrick and John Collison.

Still, John Collison does not intend to wipe out his childhood Dromineer: “To say Dromineer is rural is understating it”. They went to school about a 40-minute drive away and there were fewer than 20 kids in each class.

However, the school was far from meeting the interests of the brothers, who had a great admiration and interest in mathematics, computers, and physics. Naturally, they found school boring.

Their father, Denis, trained as an electronic engineer, their mother, Lily, as a microbiologist, and the technical chat around the family table outstripped anything they learned in class.

At an early age, their interest began to be put into practice, and when he was 16, Patrick won the famous Esat BT Young Scientist of the Year award for the coding language Croma.

The following year, Patrick enrolled at MIT in the US and John took time out from his school and flocked after his brother.

They were certainly on a quest: whether they knew it or not, they had already been searching for the next big thing. The Collison brothers have launched a couple of startup ideas. The big leaguer of them was Auctomatic, which was a SaaS platform that enabled eBay sellers to track their inventory and traffic.

Those premature tentative attempts at entrepreneurship helped the brothers identify a major issue that impacted practically every business that operates online and gave an idea to go deeper into SaaS marketing.

As we’ve mentioned, the co-founders of Stripe, Patrick and John Collison, grew up in rural Ireland and were exposed to the business world at an early age.

As sons of entrepreneurial parents, it was natural to run and develop a business for the brothers. Yet still, finding a new and creative solution to a global problem is much more than just running a business.

In fact, their own business barriers as small entrepreneurs struck a spark in them.

The Collison brothers explored the global pain point, the financial obstacles that were immense to run a business, barely encouraging for small startups that the brothers were well-acquainted with.

Businesses were devoting their time to product development, the quality of their products, a series of financial hoops such as dealing with currencies, reporting, payment routing, and dozens of other financial service hoops simply to allow customers to give them money.

Although it started as a joke, it was soon a reality that they should start their own payment service.  Thus, Patrick and John Collison discovered their “Next Big Thing” and awakened Sleeping Beauty:

"What we did discover pretty quickly was that the hardest part of starting an internet business isn't coming up with the idea, turning the idea into code, or getting people to hear about it and pay for it," explains John. “The hardest part was finding a way to accept customers' money. You could share a photograph on Facebook, but you couldn't move money around in the same way. It felt like you were in the dark ages."

The Fairy Tale Spreads: Power of Word of Mouth

Having started their own payment service, they would now take their ideas to the market. Back in the old days, the major growth channel of Stripe was word-of-mouth marketing. Under favour of their friends, they spread the word, and soon after secured seed funding from the incubator Y Combinator.

Investor Paul Graham, from their previous joint ventures, had made decent profits on the Collison brother's previous startup Auctomatic. Therefore, it was a piece of cake to convince him to invest in getting Stripe off the ground.

Sticking to their fundamental attempts, the brothers decided to send care packages to all developers who had collaborated with them and deployed live instances of the Stripe API.

This was a great way to increase brand awareness: it created a community and turned clients into brand advocates. These packages included swag like t-shirts and stickers, which developers wore and shared proudly on social media, spreading brand awareness for the company.

One of the key components of the community-building campaign was developer meetups and sponsored hackathons. In this way, they managed to create a community based on their product, and most importantly, these campaigns led many developers and designers to help them in their field.

This community-building campaign made a great contribution in generating a vast referral network for Stripe, earning appreciation and recommendations throughout the global developer community.

In the summer of 2011, Peter Thiel, co-founder of PayPal, spoke at a Y Combinator event. Thiel offered the Collison Brothers some advice about the payments market and then he decided to invest in Stripe. Thiel led the series A round with Sequoia Capital and Andreessen Horowitz, amassing $2 million for Stripe.

Now, the conditions were ripe for growth.

Stripe processes payments for e-commerce companies, charging a small fee for its services. Stripe charges 2.9% plus $0.30 per successful card charge online. It was 2020, which was a golden year for Stripe. Due to the pandemic, many offline businesses went online, resulting in 70% growth of Stripe’s revenue to $7.4 billion. Undoubtedly, the pandemic was a chance for the brothers. Yet, vision and foresight were shining behind this luck.

There are hundreds of bank and credit card types in the world. Different card types, card networks, and instalment options make the process even more difficult. Signing contracts with many banks and technical development for hundreds of scenarios is not a desirable process.

If you are a startup that sells to different regions of the world, the situation becomes even more painful. The value of Stripe lies in making this long process as simple as possible.

By definition, Stripe-style companies are called payment facilitators. In the simplest way, we can explain this model as making virtual POSs purchased from banks under their own trade names to be used by other companies.

Stripe's value continues to increase day by day, as it provides companies with a few lines of code, preventing a laborious and costly job with banks.

At this point, the following question may come to your mind: wasn't the PayPal founders’ purpose to solve this very problem?

Well, PayPal was the first non-banking company to let you send and receive money in real-time. In the early 2000s, businesses were able to accept unlimited credit card payments using PayPal at the standard rate of 2.9% + $0.30 per transaction. Paypal also made it possible for customers to make international purchases without paying wire transfer fees.

Businesses and consumers could automatically handle multiple currency transactions without the need for a bank. PayPal's success was a new business that seemed very attractive to big tech companies.

Many technology giants such as Google's Checkout, Microsoft's Passport, and Yahoo's PayDirect products emerged to compete with PayPal in the online payment world, but these efforts were unsuccessful.

In 2009, San Francisco-based Square introduced a new product to make it easier for small businesses to receive payments.

It was now possible for anyone to receive card payments with a tiny card reader inserted into their mobile phone. This was the first real innovation in the payment world in a long time.

Like Square, Stripe brought a new approach to the payment world. It is difficult to say that PayPal was a viable solution for all businesses. It was such a hassle to have payment either with a bank or Paypal.

The Brother offered the seven lines of code with a promise that no other change is required to make a payment. Developers who integrated the Stripe wouldn’t have to touch it for years once integrated. The two brothers pitched the vision of payment commerce, driven by more connectivity and ease to use.

Both businesses and consumers needed a simpler and less costly method of transaction. What makes Stripe valuable is its solution to these problems.

The Secret of the Brothers: Sustainable Growth

Unlike many startups, Stripe has come up these days not by trying to hack the success based on growth hacking, but with a solid growth marketing strategy.

1. Vision: Before now, it was such a hardship to make payments either with a bank or Paypal. Stripe released the seven lines of code with a promise that no other change is required to make a payment. If you are a developer that integrates Stripe, you don’t have to make any changes for years. The two brothers pitched the vision of payment commerce, driven by more connectivity and ease of use.

2. API Integration: The main potential customer of Stripe is developers. Therefore, Stripe targeted these decision-makers in vendor selection for payment infrastructure and made the product so easy for developers to integrate and flexible that it has drawn the attention of millions of businesses across the world.

3. Products: Stripe did not limit itself to enabling online payment. They have built a programmable infrastructure for global money movement, known as its Global Payments and Treasury Network (GPTN).

4. Transparency: The Collison brothers have created a culture of complete transparency in the workplace because they believe transparency fosters a culture of trust and growth. At Stripe, every email - including one-on-one correspondence - is CC'd to the rest of the team, or even to the entire company. Not only does this facilitate communication, but it keeps everyone updated with company developments.

As markets are becoming more and more competitive payment processing is becoming more of a commodity and tripe owes its growth story to success in its ability to fill this gap.

Yet still, one critical question remains unanswered in such a scenario: Can this growth strategy, which is successful so far, help Stripe sustain this exponential growth.